The move up was more retrace than a bounce because the price had reached both levels mentioned, namely, $1.07825 and $1.09860. Those two resistance levels have been significant for the price in the past, but now they are meaningless due to the demand zone being close to support at $1.07825. This level had lots of buyers waiting to enter into the market. There were also a lot of sellers that wanted to get out of the market before reaching $1.07825 to avoid locking profits. So, they got out at the start of the demand zone.

This scenario pushed the price 300 pips higher within two days, which was more than the average daily pip range for EUR/USD currency pairs. On the move up, the price stopped at the confluence level of resistance, where horizontal resistance was at $1.10755 and the downtrend channel resistance line were crossing. That was the final destination for the price in a bullish move. Over the subsequent two days since, the price returned south and stopped almost at the same level at which the week started. And based on this staring point, we can estimate where the price will move to this coming week. 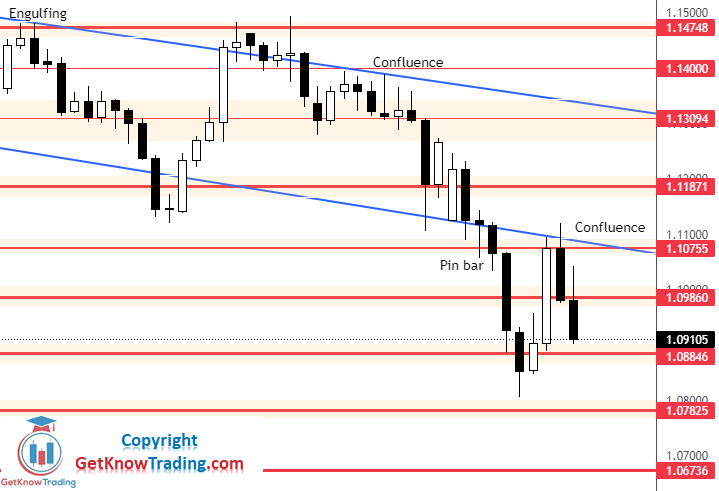 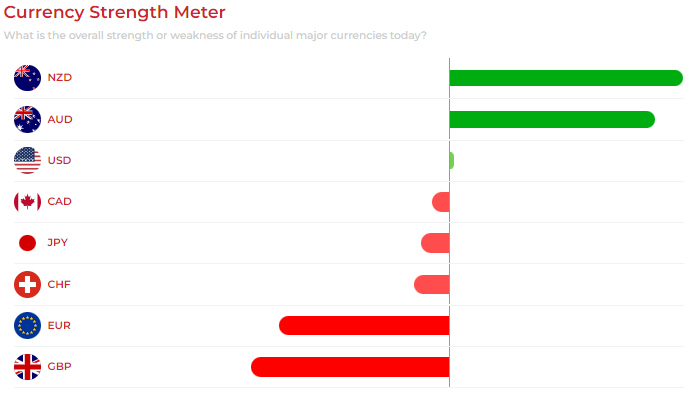 The final target is $1.07825 because it is the strongest support the price has in front of it. The weekly support of $1.08846 is not that strong nor significant in the current market overview since it did not hold the price during the previous two week’s bearish and bullish scenarios.

On the upper side we need to see the price above $1.10755 to think about a bullish scenario and seek out bullish entry levels, which are where the price needs to break above to show some strength that could shift the market sentiment from bearish to bullish.

Disclaimer: Fusion Media would like to remind you that the data contained in this website is not necessarily real-time nor accurate. All CFDs (stocks, indexes, futures) and Forex prices are not provided by exchanges but rather by market makers, and so prices may not be accurate and may differ from the actual market price, meaning prices are indicative and not appropriate for trading purposes. Therefore Fusion Media doesn`t bear any responsibility for any trading losses you might incur as a result of using this data.

Fusion Media or anyone involved with Fusion Media will not accept any liability for loss or damage as a result of reliance on the information including data, quotes, charts and buy/sell signals contained within this website. Please be fully informed regarding the risks and costs associated with trading the financial markets, it is one of the riskiest investment forms possible.

Get Registered For FREE Forex Training!

Fill In Your Details To Get Registered For FREE Forex Training!